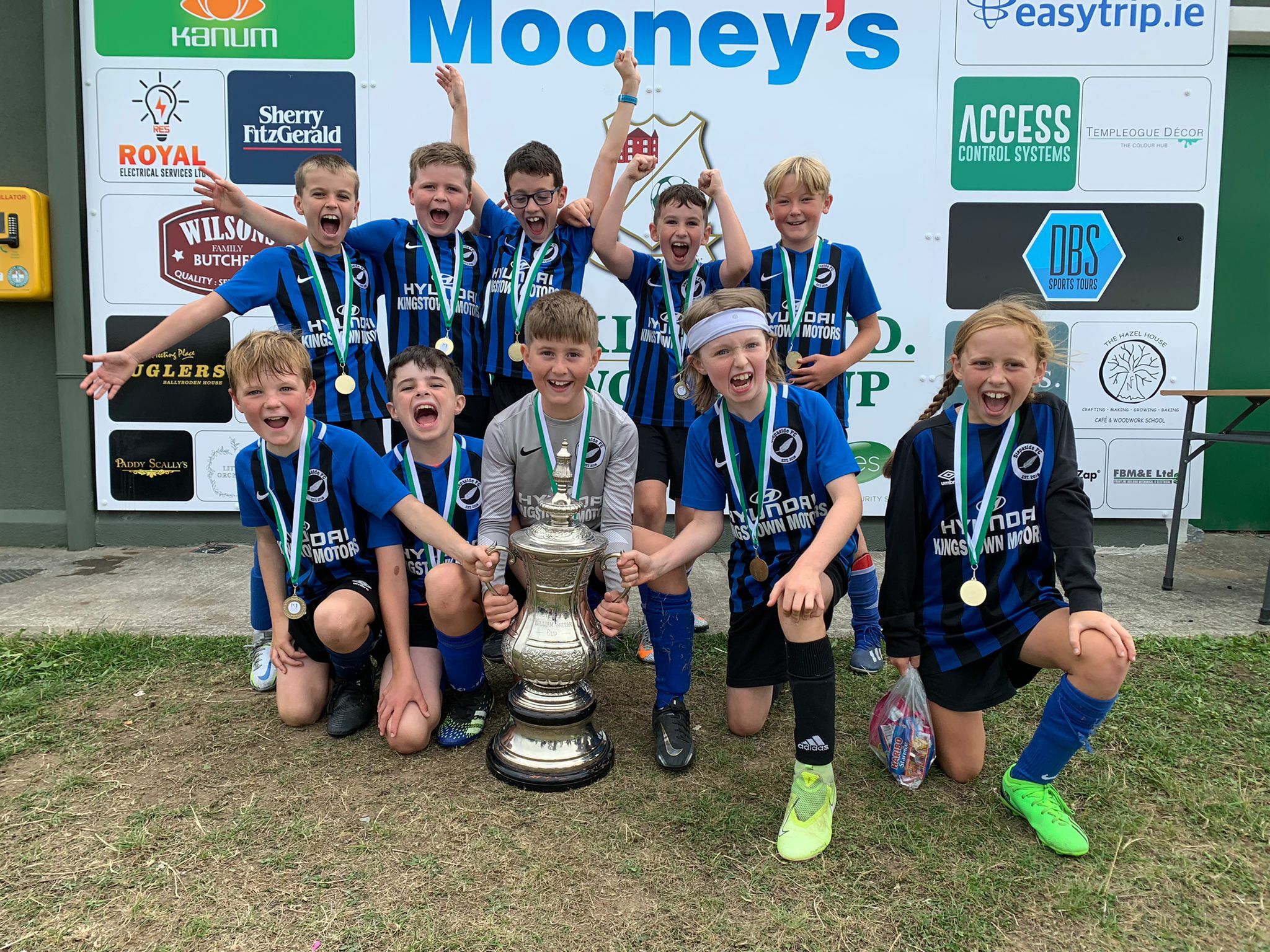 Download our mobile app to hear more about Stepaside FC.

The drama and magic of football continued its story in Knocklyon today, as the Stepaside U10’s Boys team played with equal heart and skill to win the B Final in the Knocklyon U10 Boys Tournament.

Stepaside won their group after 2 draws including a last minute penalty save from James Gargan and magnificent 3-0 win in the final group game with goals from Dexter Tubritt, Abby Morrin and Adam Lynch. Heartbreak and tears were to follow in the semi-final where Stepaside, having dominated the game, lost on sudden-death penalties, despite James Gargan’s best efforts.

Parents and coaches tried to pick up the players for their B Final and with only 8 minutes to go and losing 1-0 it looked ominous, until Dexter slotted in the mercurial Adam Lynch who delicately chipped the ball neatly over the on-rushing keeper. Minutes later Stepaside had a free kick outside the box and James “Beckham” Hamilton curled a beautiful shot into the back of the net. Adam finished the game off in dying minutes and referee blew his final whistle to great celebrations.

Finn Carberry and Drew Kinsella were immense at the back and the pair were the main reason we only conceded three goals in 5 matches. The midfield of James Hamilton, Dexter Tubritt, Sam Maher and Abby Morrin (who we got out of bed make up the numbers) ran their hearts out, chipped in with a few goals and created many. Anchoring that midfield and dictating play throughout was the magnificent Eoin Dunne. And up front were Reuben Keogh and Adam Lynch who hassled harried and stretched the defence with Adam finishing the tournament as top scorer with 5 goals. A magnificent day and brilliant performances by all.

Huge congratulations to Lucy Nestor who has been selected...

Well done to the Stepaside FC coaches who completed their...

The FAI will be presenting Stepaside FC will the Club Mar...

Another great milestone for Stepaside FC

Another great milestone for Stepaside FC as 4 of the U11 ...

Get live information for Club on the ClubZap App